A general advantage of the Pentair Südmo Control Valve design is the fact that SVP units with a digital control top and control membrane with an electropneumatic positioner are interchangeable (even subsequently).

Further the two variants of Mixing and Diverting Control Valves ideally complete the programme. The concept brings together two single control valves to one three way valve. Depending on the requirement and fitted with the appropriate inserts either a mixing of two volume flows or a diverting of one media in two pipelines can be realized. 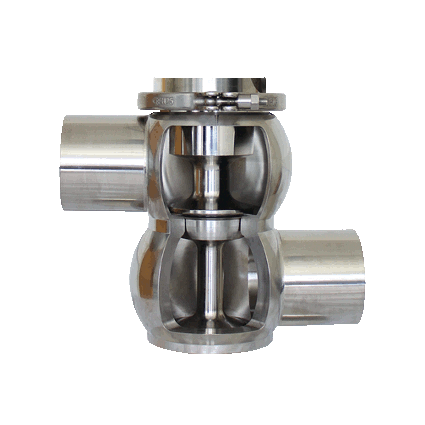